Why do I believe that functional Magnetic Resonance Imaging is of highly  questionable value in studying love? 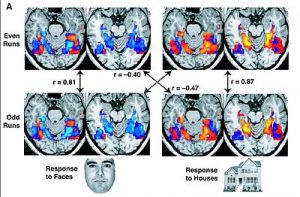 The scientific community started questioning fMRI soon after its inception in 1990, and this has peaked in 2016.

First, we will look at a summary of the scandal about fMRI. Next blogs, we will analyze the basic concepts behind fMRI and see why these concepts are questioned by many in the scientific community.

The history of the scandal about Functional Magnetic Resonance Imaging studies

You should consider, both as a reader of this blog and as a medical consumer, the following two statements:

The fMRI is not the best way to see the functions inside the brain.

The fMRI is based on questionable science.